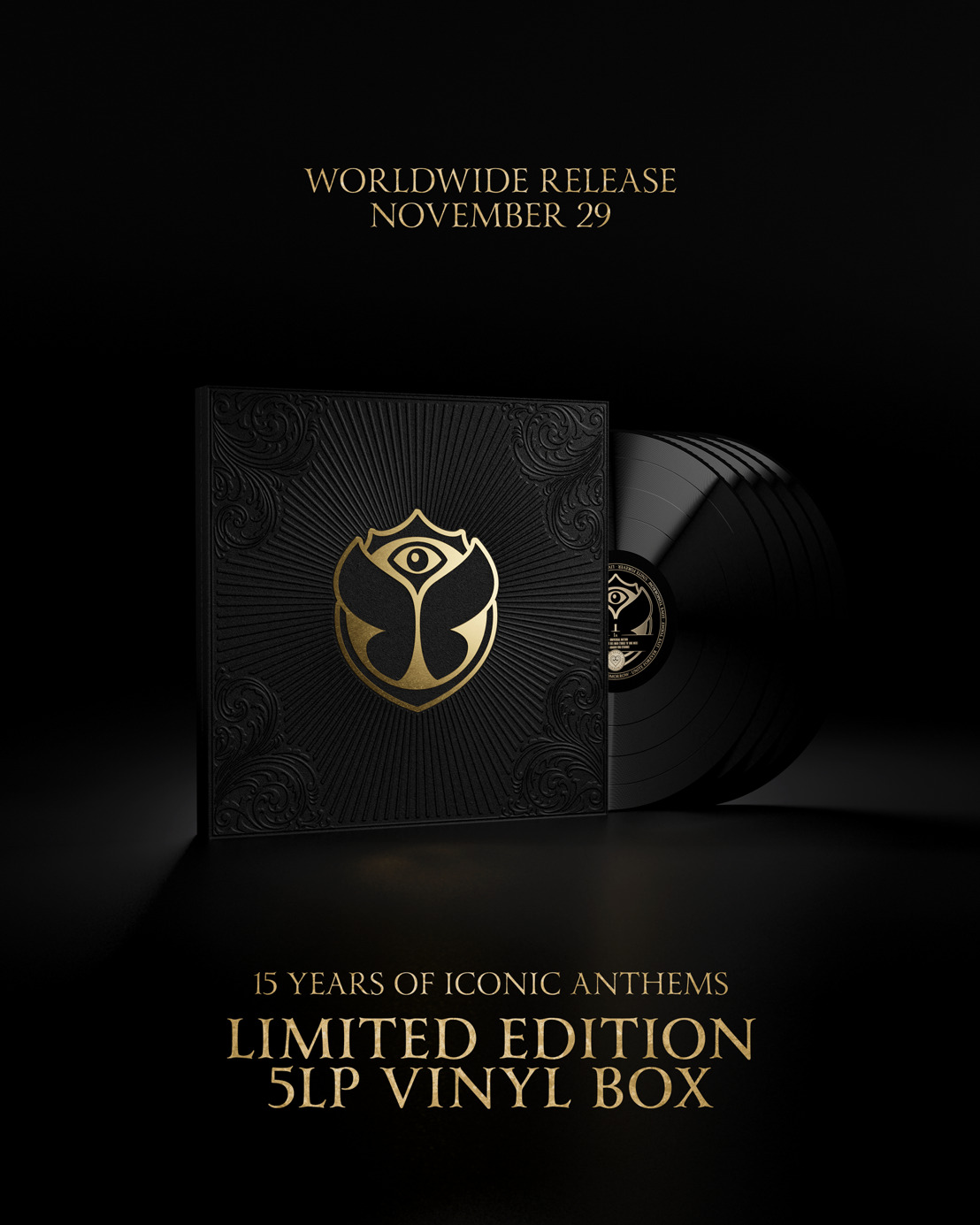 Monday, 4 November 2019 - For the first time ever, Tomorrowland is releasing a limited-edition vinyl box set on November 25. The first edition of Tomorrowland took place in 2005 and in the meantime, the festival has grown into the most popular and spectacular music festival in the world. Tomorrowland XV Vinyl (5LP) celebrates the magical 15th anniversary of Tomorrowland and takes music fans across the world on a magical musical journey through time. This unique box set features the biggest and most iconic tracks in the history of Tomorrowland by the finest artists in the world such as Afrojack, Armin Van Buuren, Avicii, Dimitri Vegas & Like Mike, Eric Prydz, Kölsch, Lost Frequencies, Martin Garrix, Swedish House Mafia, Tiësto, and many more.

This exclusive vinyl box set is limited to 3,000 numbered copies worldwide. Tomorrowland XV Vinyl (5LP) is a must-have for any vinyl collector and will undoubtedly feature among the most desirable Christmas gifts that friends and family will love to receive. A special and nostalgic trip down memory lane to end a year full of special festivities to celebrate the festival’s 15th anniversary.

Tomorrowland XV Vinyl (5LP) will be released on November 25 at store.tomorrowland.com and other selected retailers. The exclusive limited-edition vinyl box set comes in a deluxe version with 5 LPs in 1 box, including an exclusive Tomorrowland certificate.